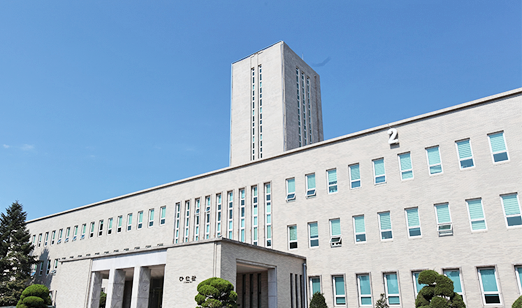 “SeoulTech Press” delivers sharp, accurate news to the university and society along with healthy criticism. It issues 16-page tabloid editions every other week 16 times a year. The editions are distributed on and off campus. Also, the school issues an offline newspaper and produces internet news to actively confront the information-oriented society of the 21st century to provide 24-hour school news and a PDF service. Furthermore, to promote work creation and foster the cultural and emotional skills of students, the “SNUST Creation Award” is granted every year in 7 areas, including novel, video, poetry, essay, English essay, illustration and photography. Starting from 2012, newspaper subscriptions via smart phone devices and SNS-linked app services are provided to students in accordance with the smart era.
Introduction of Broadcasting System
Launched in 1985 and officially established in 1987, the SeoulTech Broadcasting System provides the university with quick and accurate news, extensive cultural programs, healthy entertainment programs and broadcasting culture events. Furthermore, videos are being transmitted to students via DID (Digital Information Display) from 2009.